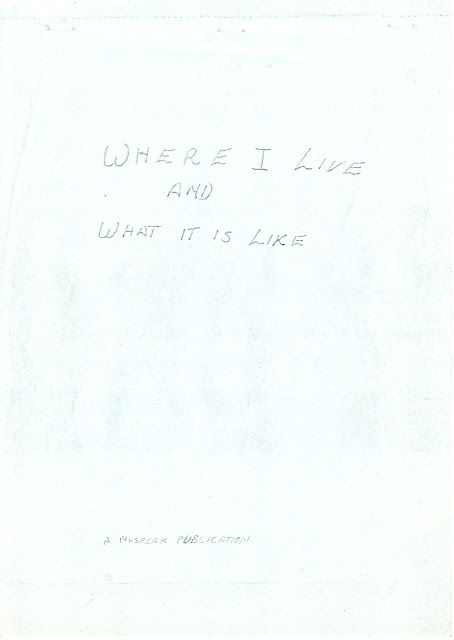 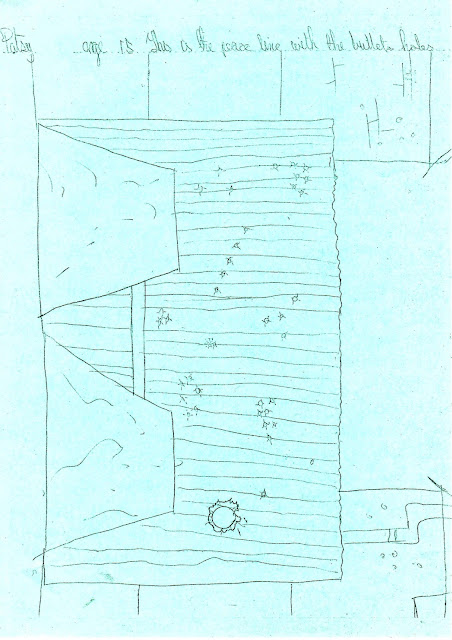 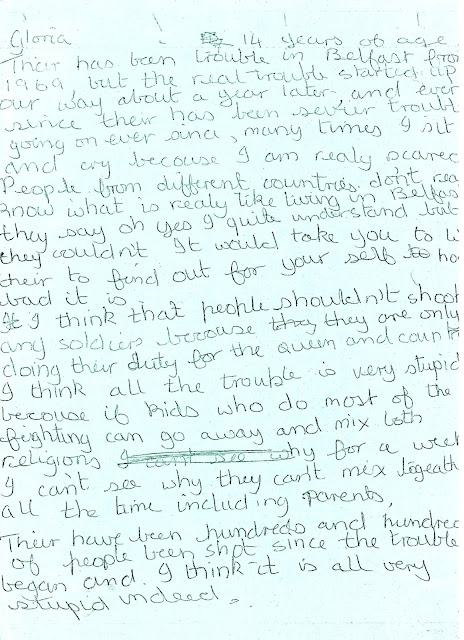 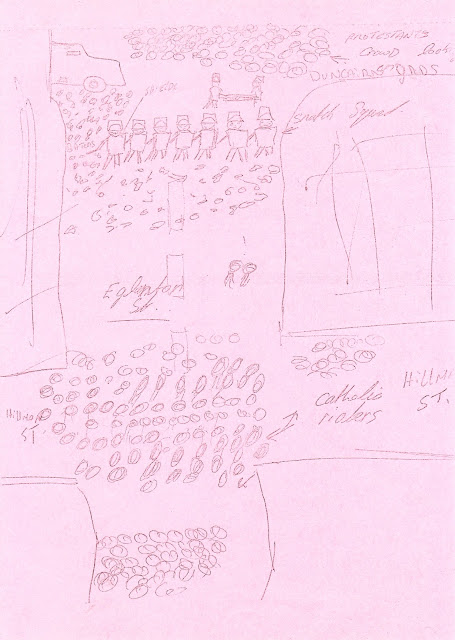 Just to put it out there again, from what I understand no one has a comprehensive collection of all of the NuSpeak issues in Glasgow (but they are in the National Library of Scotland in Edinburgh), but it would be fascinating to compare the issues more in depth with the contents of the archives.
Posted by Cedric Tai at 2/20/2013 09:06:00 am No comments:

Related to the writings of Cordelia Oliver are the issues of NuSpeak that began as a free publication when the Scottish Arts Council Art Centre was located at 5 Blythswood Square.

These issues are quite hard to find, but the paper theses "The Artist as Critic: art writing in Scotland 1960-1990" by Susannah Thompson helps to see the first edition on Page 79, where the Third Eye Archive was presented with the last edition with no apparent complete collection anywhere in the world.

It began "This is the first edition of Nuspeak, an inter-personal information device. It is, as you see it, just a piece of paper with some words on it. But it is going to four thousand nine hundred and ninety nine other people by mail and is being circulated as a giveaway in different places. My name is Tom McGrath and I am setting up this scheme in conjunction with the Scottish Arts Council's new arts centre which will be opening in Glasgow late summer of this year with myself as director. If the arts centre hasn't opened by then, Nuspeak will tell you why."

Here is an image of one of the sections from the last issue that give a sense of fun that the layout had as well as the tone.

It is one of the best visual references to get a sense of everything that is going on in the art scene at that given moment. I put together a list of all the people it mentions with an asterisk if that person was graced with a full paragraph or an image of themselves or their work.

It ends by saying:
"With the opening of THIRD EYE CENTRE, all of its staff's energies and its finances have to be devoted to activities in the centre. We hope that you agree it is better, if you have to choose, to do something than to read about it. We don't have the resources to continue a free arts newspaper but if you feel strongly that a publication like Nuspeak should continue to exist in Scotland then write to the Director of the Scottish Arts Council and let him know your views. Our thanks are due to Tom Kinninmont and especially to Ian McFadden who, under rushed and shoestring conditions, managed to edit the paper."

These publications if collected in their entirety would paint a fascinating picture of the moment in time that the Blythswood Square paved the way for the Third Eye Centre and the ways that Tom McGrath in particular wanted to promote an awareness of everything cultural that was going on and to receive feedback.
Posted by Cedric Tai at 2/15/2013 06:29:00 am No comments:

My Continuing Adventure with Cordelia and George Oliver


Hello again, I am back to report on the progress in cataloguing the Cordelia and George Oliver artefacts and I can officially report; I have completed the year 1970 and am well on my way through 1971! Ok, so simply saying numbers to describe going through several years worth of articles does not really provide an accurate picture of the work involved. To get a clear picture I would like to direct you to the clip below...


Reading through Cordelia's work it is possible to get a strong impression of how she was. Opinionated, out-spoken and dedicated are the first characteristics that come to mind. There is rarely more than two or three days between Cordelia's reviews, whether that is for theatre, exhibition or performance art which must have meant that the majority of her time was out and about, looking and watching the art scene around her. In ways it makes me sad that having read so much of her work I will never have the opportunity to meet her.

However the articles are still a delight, and the papers themselves provide an interesting context to the period. Advertisements can be particularly revealing,
The advertisement here stating, "Like women, money responds to a little handling. Women and money both tend to get out of control if you don't pay them enough attention". Ah, the horrendous old days of friendly sexism, to the time when cigarettes could still be advertised..

It is quite incredible to see how what was considered acceptable, and completely normal a couple of decades ago in 1970, would seem bizarre today (excluding Flora of course). Equally it is very interesting to see that the concerns and issues of society today have not really changed.
It seems that people will continue to worry about harmful ideas being transmitted through any content that contains 'sex' in it, with the internet now playing a large role in people's concern, and the Tories continue to do what they do best. It seems history is doomed to repeat itself.